Founded by Julien Choppin and Nicola Delon in 2001, the Encore Heureux architects Collective, designer and creator of the Circular Pavilion, intervenes in different stages of the project willing to focus on use issues, comfort and soft radicalism.

Curators of the exhibition “Matière grise” (Grey matter) in 2014, that welcomed over 100,000 visitors in the Pavillon de l’Arsenal, Encore Heureux architects are thedesigners and creators of the Circular Pavilion set up on Paris Town Hall’s esplanade.

“A little singular building, the Circular Pavilion is in no way round. But its name illustrates the manufacturing process behind it, following the principles of circular economy, where one person’s waste is another person’s resource”.

Located on Paris Town Hall’s esplanade for the COP21, this pavilion is an architectural experiment on the reuse of construction materials. Here, most of the materials used are second hand.
Wether it comes from building rehabilitation works, from orders surplus or other sourced, each one of these materials has a story to tell. The façade is built with 180 oak doors, assembled in a chevron pattern. They come from a rehabilitation operation of public housing in the 19th arrondissement of Paris. The stone wool used for the interior insulation comes from what was left of the construction of a supermarket roof. The elements of the wooden structure are leftovers from the building site of a retirement home. The floor and the walls are made out of used wooden exhibition panels, while the  exterior terrace's duckboard comes from Paris-plage (Paris beach).

For furniture, fifty wooden chairs where collected from Parisian junkyards, repaired and painted, while the four large hanging lights come from discarded street lighting.  Apart from the framework and the waterproofing carried out by an exterior contractor, the finishing works were done by the city’s technical services workshop.

This experimental approach proves that access to these materials requires a new kind of relationship between those who dismantle, demolish or recover, and those who want to build sometimes with new and different uses. Using already existing materials allows us to reduce primary consumption of resources while avoiding the build-up of waste -which would be buried or burnt- as we look for an architecture which is sober and sound. During three months, this circular pavilion will host an exhibition, debates and meetings. At the beginning of 2016, it will be dismantled  and permanently relocated in the 15th arrondissement of Paris to become a bowling association’s clubhouse.

FOR MORE INFORMATION ABOUT THE AGENCY

In 2001, Nicola Delon and Julien Choppin founded ENCORE HEUREUX, a collective that intervenes in various ways and on different spatial, social and urban issues with the desire to put use issues, comfort and soft radicalism at the center of everything they do.

In 2006, ENCORE HEUREUX won the “Albums des Jeunes Architectes” award, a prize given by the Ministère de la Culture et de la Communication (french Culture and Communication Ministry). In 2011, ENCORE HEUREUX finished its first building, Petit bain, a cultural floating place in Paris. It then followed the Domolab for Saint-Gobain, CINE 32 cinema in Auch (architectural prize Midi Pyrénées 2013) and the Museum of the city of Suresnes. In parallel, ENCORE HEUREUX creates performances, games, furniture, books, pictures and exhibitions. ENCORE HEUREUX takes part in many exhibitions and is invited as lecturer in over fifteen countries. 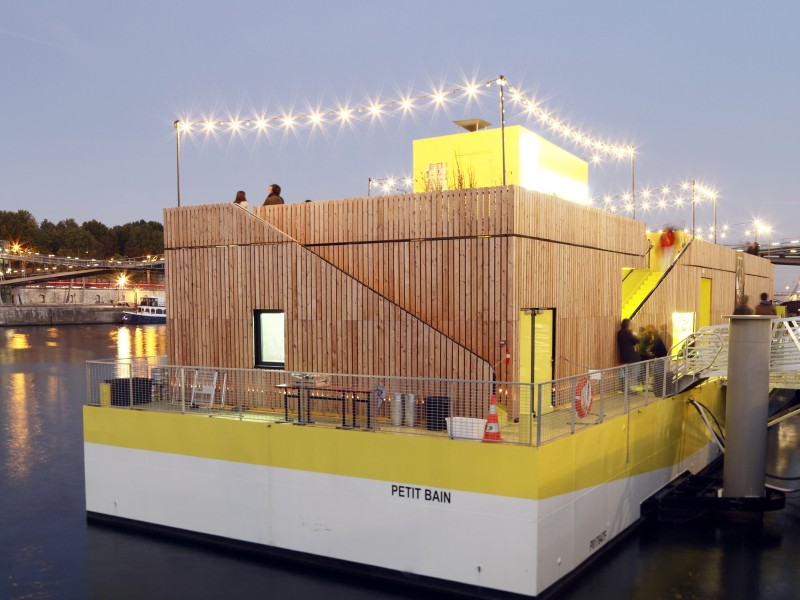 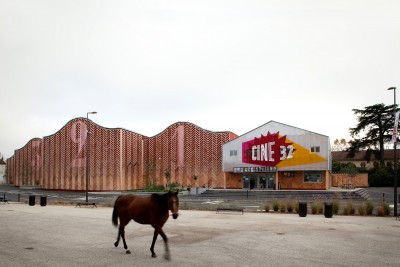 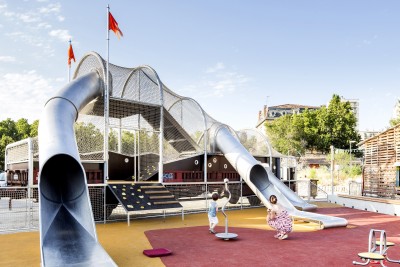 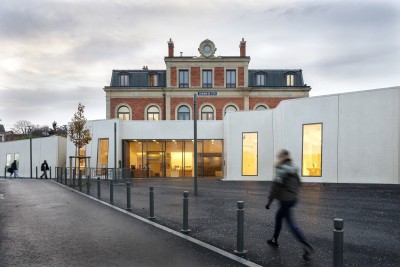 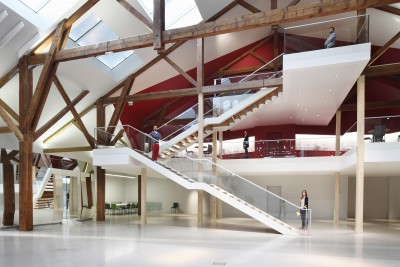 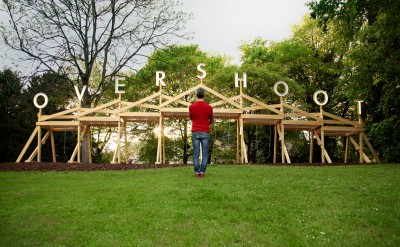